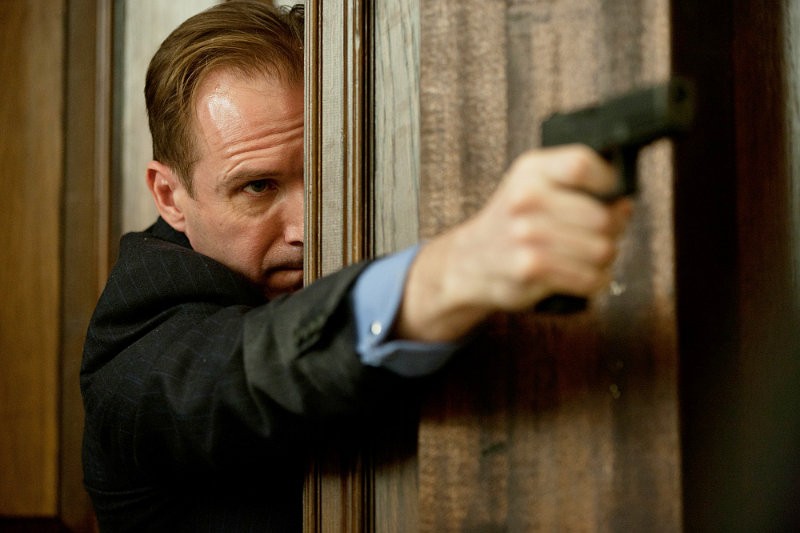 Ten directors have hollered “Action” on a James Bond picture.

And in 47 years and 22 movies, they’ve all been blokes. In the equal opportunity 21st century, this begs a question: isn’t it time Bond was directed by a bird?*

No director is attached. Used to be, they’d return for repeat business, but in the last two decades only Martin Campbell has sat in the Big Chair twice.

The film itself is somewhat underrated: it’s a tense enough thriller and, hair aside, Dalton wasn’t a bad Bond. He was just a terribly grave one… all frowns and angst and inner turmoil. Daniel Craig take note: Bond needs to have fun.

So, discount the rumours which suggest Bond 23 will have a drug-themed plot, with 007 returning to Afghanistan for the first time since Dalton’s debut, The Living Daylights. It would be spectacularly ill-advised, given the real-world carnage over there, and Bond producers Barbara Broccoli and Michael G Wilson are not idiots.

Taste aside, they should also remember the lesson of 007’s screen history: don’t take Bond too seriously for too long.

Quantum Of Solace came close to navel-gazing on occasion and the iconic spy needs to become full-blooded again and not just through the odd one-liner – actions speak louder than words. The true Bond is professional, pathological and hedonistic: he adores his work.

So, if he’s to be brash, rash and go ballistic once again, why give the megaphone to a woman? Because the woman is Kathryn Bigelow and with The Hurt Locker she shows she knows what Bond is all about: adrenaline.

Yes, her eighth feature is set in Iraq, but it’s not an Iraq War movie – another of those worthy, sombre lectures masquerading as entertainment. Instead, it’s about a man – Jeremy Renner’s bomb disposal expert – obsessed by his job, addicted to his job.

The opening caption – quoting war reporter Chris Hedges, reads: “War is a drug”. And The Hurt Locker is a one long high: set-piece after set-piece, bomb by bomb, always explosive. This is what Bond is supposed to be.

And while Bigelow doesn’t endorse being hooked to an endorphin-rush, she understands it. Any political or moral comment in The Hurt Locker is implied, not preached. This is what Bond needs.

He also needs a great villain. The best baddies have often been reflections of 007’s brutal self – Red Grant (Robert Shaw) in From Russia With Love, Scaramanga (Sir Christopher Lee) in The Man With The Golden Gun, Alec Trevelyan (Sean Bean) in GoldenEye – so when they hire Bigelow, they should also hire Ralph Fiennes.

Cast The English Patient – who is quite brilliant in The Hurt Locker – as Bond’s older half-brother, born out of wedlock to his Swiss mother, brought up a well-bred bastard by her grandparents, who made their money from banking Nazi gold in World War Two. He is also addicted to adrenaline, but while James will do anything for his country, Elias (a popular name in Switzerland, apparently) will do anything for cash – or revenge.

Imagine the bickering, the banter and the peculiarly British cruelty of Craig vs Fiennes – and Bigelow’s fiery feminine touch. Bring on Bigelow, bring back the kiss kiss, bang bang…

What do you think?

* Ironic use of diminutive slang for female designed purely to irritate certain members of EMPIRE staff. And you.**

**This gag was originally, back when I wrote this in 2009, funny to me. Now I think it’s somewhat cheap.
The relentless misogyny I’ve seen on twitter since then makes me think that jokes like this – which inherently kind of look askew at feminism and diminish feminist concerns – are misguided, because they add to the idea that dismissive or derogatory language against or about women isn’t really important. Put it this way, I wouldn’t have used a derogatory or slang word in a ‘jokey’ way if the gag was directed at someone, say, black. Think that probably tells me it was wrong.